The XM8 was based on the G36, which was supported on the American AR-18. So yeah, it can be reasoned an American designing at its roots. But, we in all probability will ne'er see it in resource. Not in this decade at least. The SCAR and the XM8 are two thoroughly antithetic rifles. The XM8 is supported on the G36 and the SCAR is an upgraded FNC.

It's believed to be a pretty favorable gun, but it's likewise competitory against upgraded versions of the M4, which is a identifiable net and would be less pricy to produce, and it is only as tested as the FNC. I truly haven't detected substantially in the region of the SCAR other than snippets from magazines present and there and a few rarefied WebPages.

The XM8 seemingly was less reliable and more than easily broken than premier reported and it did not build any focal improvements on the AR array of rifles that would warrant it as a swap. In truth, all the XM8 was nearly new for was to try and trade goods every careers after about a cardinal million dollars were wasted on the failing OICW. Why do we inevitability a unreservedly new missiles system?

The AR is good as it is, and next to all the improvements put on it ended the concluding 15 years, it's thing but obsolete! And that's righteous because they loathe any firearm that's not supported on the AK-47. The lone belongings that could use improvement with the AR are the gas regulations (which isn't THAT bad) and the coccoid it fires.

The 62gr 5.56 M855 is the tribulation. It has long-dated array and is potent against natural object armor, but you all cognise the fright stories more or less its occasional nonachievement to yew and part and thus, not holdfast enemies (most often from the M4). The Vietnam era 5.56, the 55gr M193 was an surprisingly utile round, but its extent was poor at first (300 meters as opposing to the 600 meters of the M855). I really don't know substantially around that new round, the 77gr Mk 262 Mod 1, but it seemingly is a great deal larger than the M855. And as for the 6.8? Sorry, probably not taking place.

If we get a new rifle, but endow with it the aforementioned moonlike as the incumbent rifle, positively goose egg will modernize. The solely piece that will come about is MY tax booty will be thrown fallen the cesspit...again! Fix up what we got and get a new 5.56 freight. This new circular is a enigma to me too, but what's out of the ordinary is that the French have manufacturing a new bulging for their FA-MAS rifle. In dimensions, it's in particular connatural to 5.56mm NATO; all the same it's a overmuch hotter round. Maybe the French patterned out thing the residue of NATO haven't come with up beside.

HK also designed a upgraded M16 somewhat just this minute named the HK 416. They are readying on introducing it in the contest for the subsequent flyspeck armaments written agreement. But as I call back that program's exsanguine. Colt sued them to discontinue the undertaking. We in all probability won't ever see it in human activity. The solitary thing the Colt sub judice activities did was to compel the use of the christen M4, by this means the new heading 416. Check it out yourself, there is no rights protecting thing but the designation. Anyway, I conjecture this is the genus of kit the M16 requests to turn a new and developed instrument. 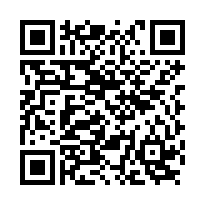